"Music is truly the universal language of mankind... where words fail to reach the soul, music speaks! Music has the ability to touch us emotionally and draw us closer to God and to others."

She is Amy Barbera and she spoke to us about herself in a heavenly interview.

Your songs seem to come directly from your heart, how is your song born?

«All of my songs come from a deep place in my heart. I never set out to create a certain style of song... I just listen to my heart and when the inspiration comes the song lyrics & melody of the song come without effort. Most of my songs are God inspired or are inspired by my own life experiences, by others stories or by nature, art, beauty etc. For example when God inspired me to write my signature song "Make Me A Butterfly" I was sitting in the office at one of my old jobs .. It was a very peaceful office environment and I had some down time with nothing to do and all of sudden God spoke to my heart to research the butterfly and that is when the lyrics and vocal melody of “Make Me A Butterfly” just came to me out of know where. The vision of the song came alive so easily! I then went to my music producer Jim Wallman and sang my lyrics and melody ideas and he was able to build the music to the song around my ideas. I created “Make Me A Butterfly” to bring hope, comfort and healing to those who are hurting or sick or for those who just need some inspiration. I also created “Make Me A Butterfly” out of my own pain and my transformation as God healed me from the eating disorder Anorexia Nervosa over 25 years ago. Although each one of my original songs vary in musical styles.. they all seem to come to me in the same way.. without effort and from my heart, soul and spirit!»

With your songs which messages do you want to tell us?

«WOW this is an awesome question! Well first of all I consider myself an inspirational music artist so the main message in each one of my songs is to inspire, uplift, bring comfort, hope, healing & peace to all who listen. I pray that my music draws those who listen closer to God! I create songs to make a difference and to inspire others!»

Do you believe that music can have healing powers for our souls?

«Yes very much so! God has given us the gift of music to heal the heart and to touch the spirit and soul like nothing else can. Music is truly the universal language of mankind... where words fail to reach the soul, music speaks! Music has the ability to touch us emotionally and draw us closer to God and to others.» 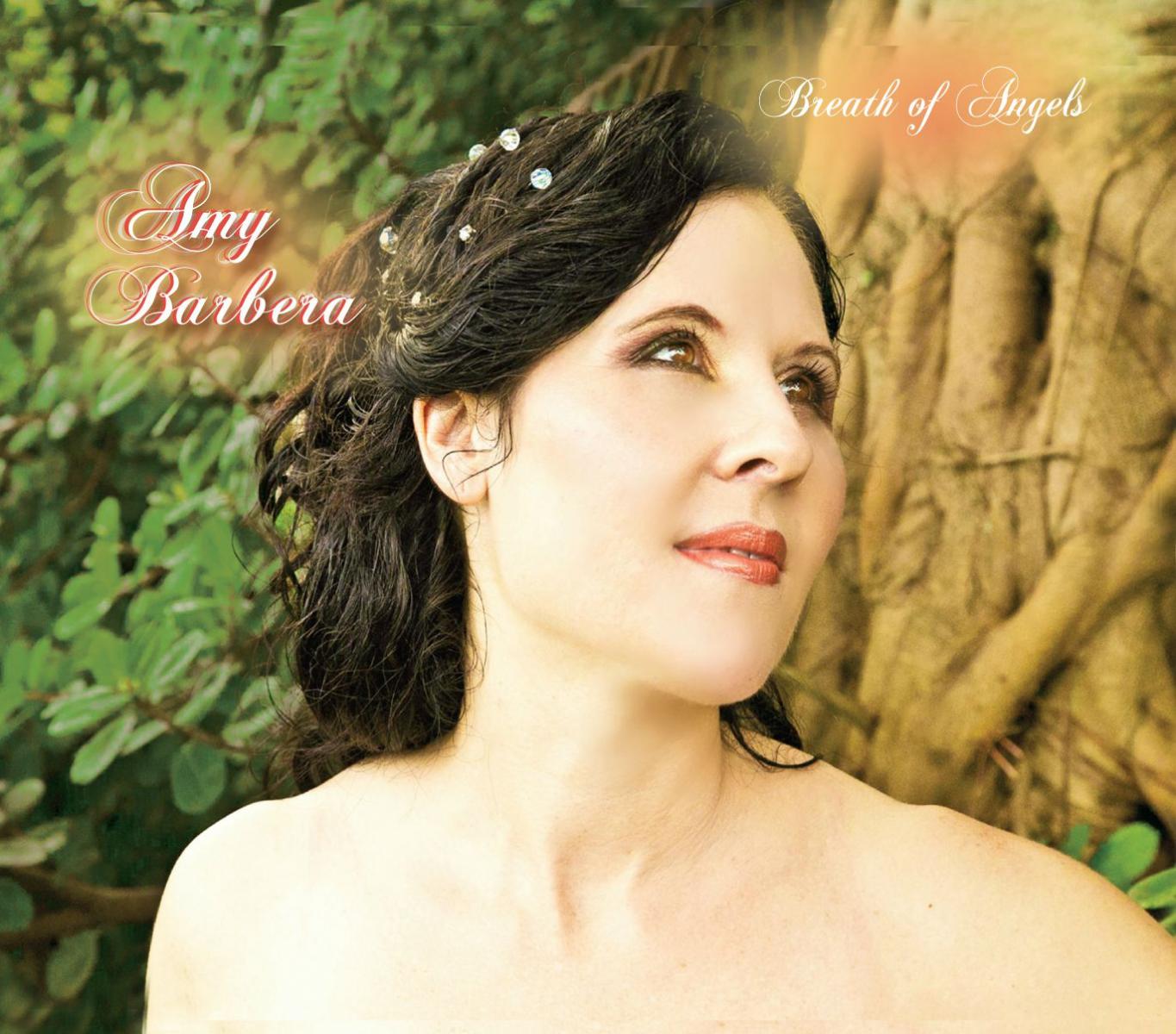 You have released your first professional music video with your song "Make Me A Butterfly". Where was it shot and by whom?

«The creating of my "Make Me A Butterfly" music video was a real ceative & fun adventure! I worked with an amazing team on the video and we filmed in 4 locations in South Florida from West Palm Beach to Ft Lauderdale, Florida. I also had five different looks in the video as well. From the planning of the video, the filming in all the locations and all the editing it taught me how the filming process works and showed me that the making of a music video is really a lot of work but extremely fun at the same time. We filmed in the Art District in Ft Lauderdale on the Railroad tracks, in historic "Woodlawn Cemetery" in West Palm Beach, An enchanted forest park called "Orchid Park" & the final beach scene was filmed at a Highland Beach mansion & private beach. I worked with the most amazing team.. Zander Brant filmed my video, April Anselona was my amazing art director, production assistants were Elisa Bark & Tara Sinclair and the video editors were Lisa Corrine, Ben Bagby & Fernando Barron. I also had a professional hair stylist do my hair for several scenes Jamie Spinelli Reagan and my makeup was by April Anselona. I really love my "Make Me A Butterfly" music video so much..... it tells a story from beginning to end and it shows me being transformed into a beautiful soaring butterfly. The first scene in the video is in black and white and has a sad element to it but then the viewer is happily transported into a breathtaking, colorful, magical world in the enchanted forest & beach scenes. Since the release of the video in June of 2018 I have received so much amazing response from people all over the world.»

Is there a singer that you are inspired by?

«WOW! I have so many musical influences. Since I was a little girl I have always loved the artist Prince. Prince is my all time favorite music artist and musical influence! I love his immense creativity and how he steps out of the box and is not afraid to be a complete original. I love how Prince stands his ground for his art and does not follow musical trends. He is a true artist and Icon in the music industry. I was so sad when he passed away in April of 2016. It is still hard for me to believe that he is gone. Some of my other musical influences are Whitney Houston, Barbra Streisand, Celine Dion, Michael Jackson, Bjork, Tori Amos, Amy Grant & many of the old soul singers from the 1940's & 1950's. God is actually my # 1 influence as far as writing songs and being inspired. I am also inspired by my own life experiences (good & bad) and others experiences as well. I tend to created songs with love and nature themes… about butterflies, rainbows, rain, clouds, water, etc.»

What are your future projects and what are you working on now?

«2019 is my year to release songs in all different musical styles. Although my original songs that sing are all inspirational. I create songs in many different styles of music from beautiful power ballads, to upbeat dance songs, fun pop songs, angelic ambient songs, ethnic world style songs & more. I love to sing & create in all different styles! This year I will be stepping out of the box and releasing a cute 1940's vintage style love song that I wrote titled "My Sweetpea" for my love TC. I have never recorded or released a song in this vintage style but I have to say that I really enjoyed writing and recording "My Sweetpea" so much. I discovered a side of myself and my voice what I had never embarked on before. I collaborated on "My Sweetpea" with an Amazing music producer named "Kiskadee" who is originally from the United Kingdom. She now resides in South Florida and I recorded the song "My Sweetpea" with her in her studio. I also had the amazing privilege of filming a cute music video to go with "My Sweetpea" that I will be releasing with the song. The video was filmed in black and white and has the old nostalgic feel to it as far as the way it was filmed and edited. Betty Boop is also featured in my "My Sweetpea" video as well. I am really excited about the big release.  In the new year I will finally be releasing my heavenly and heartfelt song titled "Jesus Set Me Free To Fly" and a song titled "Flower" that I collaborated on with Israeli producer Yaron Cohen. It is also my goal to film a professional music video to "Jesus Set Me free To Fly" as well. There are many ideas that I have, projects and collaborations in the works that will be unfolding in the new year as well that I will be sharing on all of my social media platforms really soon.»

When you are not performing, what do you like to do?

«I love, love, love to go thrift/vintage/consignment store shopping! That is one of my passions and I always go on thrift store shopping adventures in my spare time and I always find the most amazing clothes, shoes, accessories, household items and more. Everything that I wear is pretty much from thrift/vintage/consignment stores. I love it so much because of the thrill that you never know what you are going to find. Many times of find designer clothes and accessories that are priced at next to nothing but if I purchased them in the department stores they would be very expensive. I also love to workout on the beach with my finance TC and I love spending time in nature and just being outdoors. I also love spending time with my little puppy Oreo. She is my heart and someday I am planning on writing a cute song about her titled "My Puppy Love" and creating a children's book about her titled "Twinkle Toes."»

If you were a dish, which dish would you be and why?

«Definitely Tacos! Tacos are my all time favorite food...I LOVE them so much and I always love trying tacos from different Mexican restuarants around town anytime I have a chance. Tacos are spicy, yummy and full of flavor and color because of the ingredients..ground beef/steak/chicken cheese, onions, tomatos, cilantro, lettuce & more. My personality is like a taco spicy and full of life, variety & flavor.» 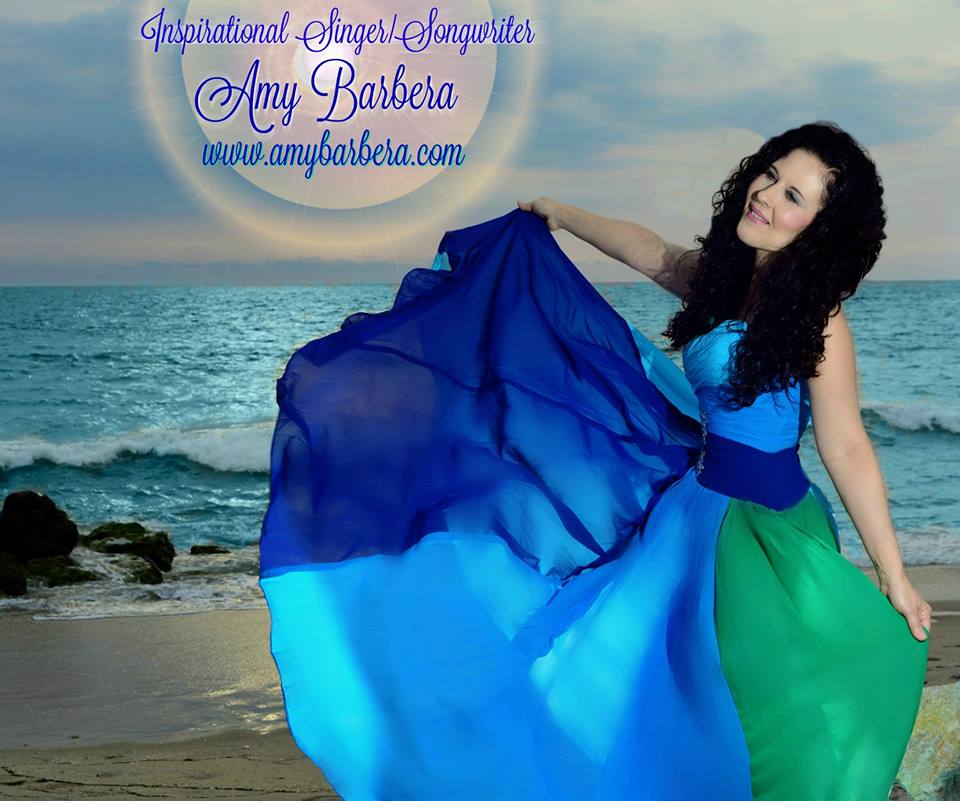